14 October 2021 Stars in their eyes: Andy Morgan, Principal of Space Studio West London, reveals why he is passionate about educating students in STEM

Stars In Their Eyes: Andy Morghan, the principal of Space Studio West London, reveals why he is passionate about educating students in STEM. This article was originally published in School House, a biannual magazine published by Country & Town House magazine. 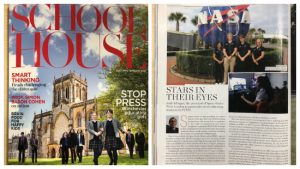 Science is key to safe-guarding our future but ten years ago, Steve and Paula Kenning, headteachers with strong links to employers in the fields of engineering and space, recognised a growing STEM skills shortage in these professions in the UK and founded Aspirations Academies Trust, which now has 16 schools, including three which are specifically STEM focused.

One of these schools, the Space Studio West London (SSWL), opened its doors in September 2015 for teenagers aged 14 to 18 along the M4 corridor, which is recognised as a major high-technology hub. The name reflects the STEM ethos of the school and the focus on space, aerospace and engineering. The curriculum design is project-based, harking back to the teaching model of apprenticeships and learning from experts.

Collaboration and technology are key skills in the 21st century workplace as we saw in the rollout of the Covid-19 vaccine so we underpin our lessons with teamwork and students can work with local employers in the sectors of aerospace, science and technology, including Surrey Satellite Technology Ltd, British Airways, BP, Heathrow, the National Space Academy and the National Physical Laboratory. 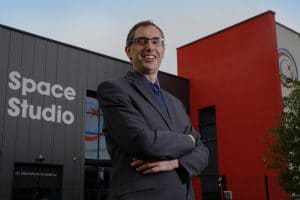 The aim is to nurture and inspire the engineers, scientists, inventors, entrepreneurs and aerospace experts of tomorrow’s world. Our Year 12 students are also invited to join an annual trip to NASA, the frontier of space exploration; the ten-day trip to the United States includes behind-the-scenes visits to Johnson and Kennedy Space Centers.

The core of the school’s success lies in its three guiding principals: Self-worth, Purpose & Engagement which underpins all 16 schools.

In addition to SSWL, we have a second STEM-focused studio school the Futures Institute in Banbury, Livingstone Academy Bournemouth, our first digital academy with a STEAM focus, launched this September. It is the brainchild of Ian Livingstone CBE, co-founder of Games Workshop. 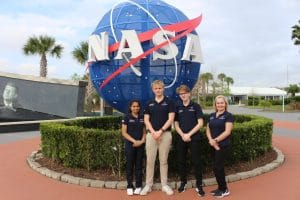 As with all academies, we are not selective or fee-paying. It’s not about being the most gifted scientist but about having a passion, curiosity and enthusiasm for engineering or science. Our students are attracted by SSWL’s specialisms and with small classrooms, we can focus on a personalised approach where everyone is treated as an individual and you don’t  have to conform.

The school has been a huge success. In our fifth year, our GCSE results were the best ever and our A-level students have been offered places at Russell Group universities and Cambridge. One of our bright students recently won the ‘Most Ambitious’ project award in TEDI-London’s Thinking Ahead: Light Up! programme. Suvarunika Thirumaran  used popular video game Minecraft to design a community building centred around helping those living with dementia.

Her project is testament to the work we do at SSWL. I have every confidence future Microsofts and Amazons will be germinated in this school alongside the scientists and engineers who continue to make breakthroughs that benefit mankind. 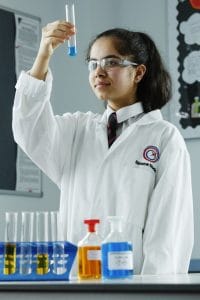 Securing a place at university or contemplating the future after leaving school can be daunting for teenagers. But for students at Space Studio West London,…

A rabbit, hamster or even a therapy dog, are the pets of choice in most schools. At Space Studio West London, pupils have two geckos,…

From an eco restaurant to a go-karting track or animal sanctuary, students at one local school recently unveiled their plans for the derelict athletics ground…