A Sixth Form student has revealed how his desire to help during the pandemic has led to him supporting doctors and nurses on the Covid frontline at Hillingdon Hospital.

George Ryan said he hopes his account of the harrowing scenes he has witnessed will serve as a warning to others about the importance of following the Covid rules in place.

The 18-year-old’s main duties have involved supporting patients by taking observations, helping with meal times and transporting them to other areas.

George is only too aware of the gravity of the pandemic but the teenager, who is volunteering with St John Ambulance, said the motivation to assist outweighs the risks he faces.

The A-level student at Space Studio West London in Feltham, told the Hillingdon Times: “Of course I was a little bit anxious initially about being around Covid-positive patients and I wasn’t really sure what to expect.

“However, as soon as I walked onto the ward and saw the severity of their distress, I just wanted to help them all as much as I could. Seeing so many people on full face ventilators was hard and really put things into perspective for me. From the outside, it just looks like a regular hospital ward – but on the inside, it’s like nothing I had ever seen before,’’ revealed George.

“When I first arrived at the hospital, I was kitted out in full PPE before going down to the ward.

“I had to try on and test various masks to see which was most comfortable for myself. I was left with marks and lines on my face after wearing a mask for only a few hours, so I can only imagine how uncomfortable they must be for the doctors and nurses who spend all day on the frontline.” 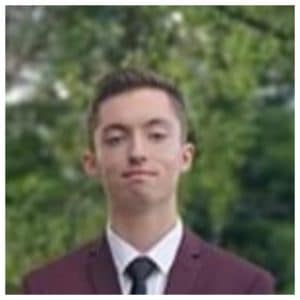 George, who plans to become a paramedic, has spent the last 2-and-a-half-years volunteering for St John Ambulance, building the foundations for his role at Hillingdon Hospital.

He initially spent time shadowing a nurse at Hillingdon Hospital before taking on his current duties which he juggles in between studying biology, psychology and history.

“I was amazed by the number of nurses and doctors risking their lives to help these people. It reminded me why I want to be a paramedic and help others too”, George commented.

He said he is grateful that studying at Space Studio West London gives him the time to carry on volunteering: “The flexibility of Space Studio and the independent study time that we get means that I can focus on getting all of my work done during school hours.

“After school, I have the time to volunteer for St John and get the experience that I need to become a paramedic one day.”

George revealed there is a very personal reason behind his decision to begin volunteering for St John Ambulance: “Almost three years ago, my dad had an accident and came off his motorbike. He was in bad shape and shattered both of his ankles.

“Thanks to medical staff who treated him, he made a full recovery, but seeing him that way made me appreciate everyone who helped him and I realised that I wanted to do the same.’’

Now a qualified Adult First Aider, George originally started his journey with St John as a Cadet, where he took part in various modules and courses to build his knowledge.

It’s this dedication to helping others that has led George to win various awards for his volunteering.

“I got to go to central London and meet Princess Anne at the annual Young Achievers Reception.

“She came around and spoke to us all, thanking us for our work. It was really surreal!”

Have you heard our Space Studio West London adverts on Radio Jackie? Patrick Chimes, a former NASA telecommunications engineer did – all the way from…