16 November 2020 Space Studio WL student who used Minecraft to create a community building to help those with dementia wins a TEDI-London award!

The impressive and progressive design of Suvarunika’s building led her to win the ‘Most Ambitious’ project award in TEDI-London’s Thinking Ahead: Light Up! programme.

Having decided she would spend her summer holidays participating in the three-week engineering programme to broaden her existing knowledge and skills, the news of the award came as a surprise to Suvarunika – especially as she used popular video game Minecraft to achieve it!

Suvarunika, 16, said: “The idea was definitely far-fetched and creative, which is why I think I won the ‘Most Ambitious’ award.

“I created a huge building with lots of activities in it. Things like seated exercise, swimming activities and a huge emphasis on gardening.

“I focused on gardening and the positive effects it can have on people suffering with dementia” she added. 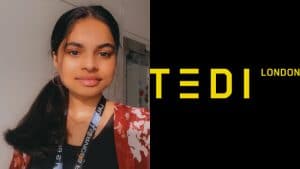 Not only did the programme provide Suvarunika with an insight into engineering projects, it also encouraged her to learn about mental illnesses like dementia that the programme focused on.

Suvarunika admits that researching dementia and the way that it impacts peoples’ lives was the most eye-opening part of the three-week programme: “All I knew before was that people would forget things.

“Something new that I learned is something called sun-downing, which is when the changing of day between afternoon and evening confuses dementia sufferers.

“To combat this, my structure has a focus on gardening and being outside, or in the glass dome.

“This allows people to be exposed to the daylight at a confusing time of the day for them, and keeping them busy with things to focus on like gardening, which will prevent them from feeling anxious or confused.

Whilst the primary goal was to help dementia sufferers, it was also important to Suvarunika that her community structure be centred around sustainability.

To achieve this, Suvarunika’s design included solar panels to generate energy, and the harvesting of rainwater to re-use to irrigate the garden and flush toilets.

Suvarunika is the first to admit that she is not the most experienced engineer, and that she had to exhibit a great deal of creativity in designing her prototype.

Suvarunika said: “I used the video game Minecraft to create my prototype.

“All the other students on the programme were engineering students, I was the only one that wasn’t studying engineering.

“So, they all had experience and the appropriate software to create prototypes for their structures, but I had no idea, so I hopped onto Minecraft!”

As you can see from the images below, Suvarunika managed to use Minecraft to build an impressively detailed model of the community structure for dementia patients. 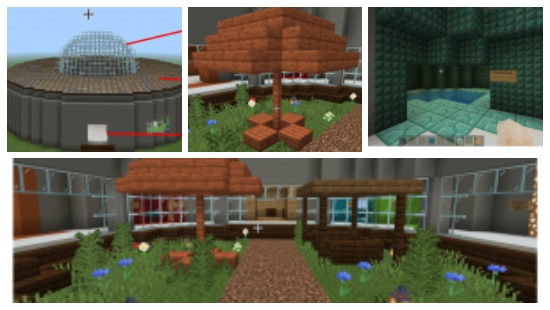 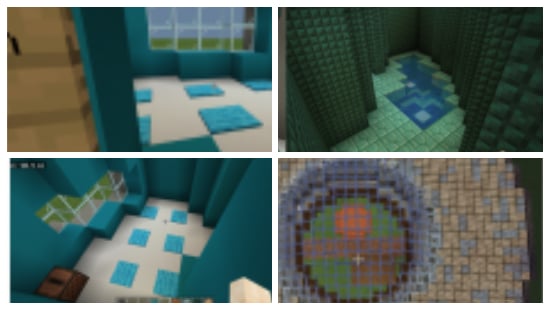 It was the commitment to her research that earned Suvarunika to be highlighted by TEDI-London as their ‘Most Ambitious’ programme attendee.

Professor Judy Draper, Dean and CEO of TEDI-London, said “Suvarunika produced a fantastic prototype that is highly ambitious and creative and incorporates an imaginative range of activities for the chosen user group – people living with dementia.

“Suvarunika demonstrated effective research skills in the submission, particularly when discussing about sustainable materials, and incorporated them effectively in the prototype.

“In the final judging process, Suvarunika was awarded the ‘Most Ambitious’ project.

“I am highly impressed by Suvarunika’s skills. I know that her ability and skills will fit well in a university setting and would be an excellent addition to any organisation”, Professor Judy Draper added.

Suvarunika hopes to be able to apply her new knowledge and skills gained during the programme to the rest of her Sixth Form studies.

Applying to any university is a daunting task. But when the institution in question is Cambridge, the stakes can feel even higher. Luckily for one…

Being able to make an appointment with a doctor is not easy at the best of times. During the Covid-19 pandemic this became near-impossible. Finding a solution…