A place of nurture, support and a school where you can grow in confidence.

Space Studio West London is all this and more for student Suvarunika Thirumaran and has enabled her to excel both academically and professionally.

Work experience, careers support and insightful workshops were all somewhat unknown to Suvarunika four years ago – but joining Space Studio West London – a STEM-focused school –  in Year 10 introduced her to an array of new opportunities.

She was even awarded the ‘Most Ambitious’ award for a TEDI-London programme she competed in after coming up with an innovative idea for community living for those with dementia using Minecraft.

Her leftfield thinking was singled out for praise by Judy Draper, Dean and CEO of TEDI-London.

Suvarunika realises these milestones would not have been achieved without the continuous support she has received from SSWL.

Her comments are all the more significant given this week is British Science Week. SSWL now has a well-established reputation for nurturing the scientists, engineers, aerospace experts and entrepreneurs of the future. 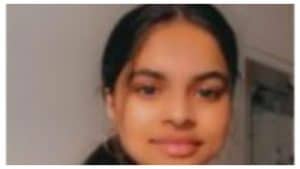 Suvarunika recalls fondly one of her earliest memories of school life at SSWL revolved around a talk given by Principal Andy Morgan.

She said: “On my first day at Space Studio, Mr Morgan gave a talk. I’ll never forget one specific thing that he said: “I believe in second chances”.

“For some reason, that still sticks with me now. I think it’s because nobody at school had ever said that to me before.

“In every school you’re always told to try your best, but you’re not always told that it’s ok to make mistakes and try again.

“From that first talk with Mr Morgan, I knew Space Studio was going to be different. I already felt supported and it had only been a few hours.”

As Suvarunika’s time at Space Studio went on, so did the support that she received. Ronnie’s eyes were opened to a whole new side of school life: careers support.

“Before I came to Space Studio, I didn’t even know that work experience was a real thing”, explained Ronnie.

“I knew nothing about working or careers. I hadn’t really given it much thought. I definitely hadn’t ever considered work experience.

“But that quickly changed when I started at Space Studio. Right from the start, Steph Lee was instrumental in setting us all up for the working world.” 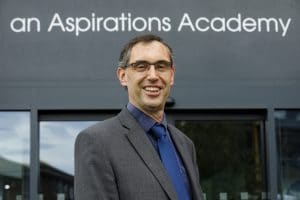 Steph Lee, Careers Lead at Space Studio West London, supports students in finding work experience and placements, setting up workshop and events with companies for students to take part in, and general careers guidance for the future.

It was because of this dedicated careers support that Ronnie made significant progress in her professional life: “Over the last few years, I’ve taken part in many different workshops, talks and events from different companies.

“In Year 12, I actually took part in a week of virtual work experience organised through Young Professionals UK. The companies that took part included Ernest Young, Rolls-Royce and the RAF.

“This helped massively with my professional development as it gave me a real insight into the working world and I was able to learn from different people in various industries.”

In the summer of 2020, Suvarunika participated in TEDI-London’s Thinking Ahead: Light Up! programme, where she used video game Minecraft to carefully design a community building centred around helping those living with dementia.

As a result of her fantastic efforts, Ronnie received the ‘Most Ambitious’ award in the programme for her design.

Suvarunika explained: “All the other students on the programme were engineering students, I was the only one that wasn’t studying engineering. So, they all had experience and the appropriate software to create prototypes for their structures, but I had no idea, so I hopped onto Minecraft!”

Her ability to think-outside-the-box impressed Judy Draper, Dean and CEO of TEDI-London, who said: “I am highly impressed by Ronnie’s skills. I know that her ability and skills will fit well in a university setting and would be an excellent addition to any organisation.”

While Suvarunika was surprised by her own success in the programme, she credits Space Studio for giving her the ability to even participate: “If it wasn’t for the encouragement to step outside of my comfort zone, I wouldn’t have even applied for the programme.

“In fact, if Steph hadn’t have given us so many resources, I probably wouldn’t have even known about the programme!

“Thankfully, being at Space Studio has given me the confidence I need to think-outside-the-box and problem solve. I was able to use this to my advantage during the TEDI-London programme and go on to win the ‘Most Ambitious’ award.” 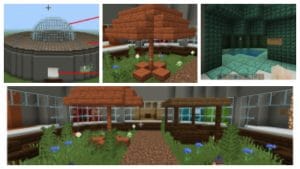 As Suvarunika undertakes her final few months at Space Studio West London before heading to university, a reflection on her time there has allowed her to recognise her own personal growth and development.

“Space Studio really did open my eyes to the working world and my future. The experiences and opportunities I’ve had here have set me up for my career.

“Even the little things, like having the confidence to network with people on LinkedIn. I would never have thought about doing this four years ago!

“It’s been great to not only see my own development, but the development of the other students too. All of my friends really came out of their shell after a few months here at Space Studio.

“It’s been so amazing to be part of a school that nourishes and nurtures your talent. I’m so grateful for everything I’ve done at Space Studio, and for everyone that’s helped me along my journey.”

Applying to any university is a daunting task. But when the institution in question is Cambridge, the stakes can feel even higher. Luckily for one…

Being able to make an appointment with a doctor is not easy at the best of times. During the Covid-19 pandemic this became near-impossible. Finding a solution…